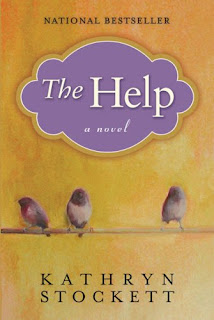 Twenty-two-year-old Skeeter has just returned home after graduating from Ole Miss. She may have a degree, but it is 1962, Mississippi, and her mother will not be happy till Skeeter has a ring on her finger. Skeeter would normally find solace with her beloved maid Constantine, the woman who raised her, but Constantine has disappeared and no one will tell Skeeter where she has gone.

Aibileen is a black maid, a wise, regal woman raising her seventeenth white child. Something has shifted inside her after the loss of her own son, who died while his bosses looked the other way. She is devoted to the little girl she looks after, though she knows both their hearts may be broken.

Minny, Aibileen’s best friend, is short, fat, and perhaps the sassiest woman in Mississippi. She can cook like nobody’s business, but she can’t mind her tongue, so she’s lost yet another job. Minny finally finds a position working for someone too new to town to know her reputation. But her new boss has secrets of her own.

Seemingly as different from one another as can be, these women will nonetheless come together for a clandestine project that will put them all at risk. And why? Because they are suffocating within the lines that define their town and their times. And sometimes lines are made to be crossed.

In pitch-perfect voices, Kathryn Stockett creates three extraordinary women whose determination to start a movement of their own forever changes a town, and the way women—mothers, daughters, caregivers, friends—view one another. A deeply moving novel filled with poignancy, humor, and hope, The Help is a timeless and universal story about the lines we abide by, and the ones we don’t.

This is without a doubt one of my favorite books of the year. It didn't take long for the book to grab me and once it did, it didn't let go. It ended up being one of those novels you want to read constantly yet also want to read as slowly as possible so that it doesn't end.

I'm not sure where to start because there is so much about this novel that I adored. First, the characters were amazing. So well written that I felt as if I now know them personally. They literally came alive for me. The details and richness that Kathryn Stockett gave them made them some of my all time favorite literary characters.

The time and place were wonderfully written, made real through the wonderful writing. I felt like the novel really made the civil rights movement and Jackson, Mississippi come alive. They were in many ways their own characters in this novel. The novels shows the full spectrum of relationships in that time, particularly as they were impacted by racism and sexism. There was hate, ignorance and ugliness swirling right in with the love and attachment of the time/situation.

The story felt so real to me and truly touched something deep inside me. It embarrassed me to read the blatant ignorance shown in the book and that same embarrassment made me think long and hard about the impact of race on relationships, today and in the 1960's.

I adored the writing style chosen by Kathryn Stockett. The realism of the language and the style she chose really made the book come alive and the characters jump off the page.

The novel is ultimately the story of a white woman writing true accounts of black maids which gives the reader picture of life in that place and time ... through their stories and their experiences. The depth of the stories told in this book is amazing. They may appear to be one thing on the surface but are often so much more in the end.

Although the novel is steeped in race and feminism, it is so much more. The storytelling is amazing in and of itself. It made me care about these women and their lives. And, most of all, it made me examine my own thoughts and feelings about racism and sexism. That was the true gift of the novel, in my opinion. As someone who grew up in the South and had grandparents and great-grandparents who spent their fundamental years steeped in the all too common ignorance and hatred of race relations of the 40s/50s/60s, I often had a difficult time understanding the things that I'd hear people around me say when it came to race. Intelligent people, people that I loved, spewing such hatred and ugliness for no reason other than the color of someone's skin. It just never made sense to me, given that I grew up in a different time, with different beliefs. The magic of this book was it helped me to understand that ignorance. Not to excuse it but maybe to understand where it came from and how it came to be. It gave me a different perspective on something that I'd struggled with when I was younger but never truly came to terms with as I grew up.

I loved this book and think it is an amazing book that really helped to capture my own feelings about race relations ... As one character in the novel stated "We are just two people. Not that much separates us." Instead of getting bogged down in the differences, why not celebrate the similarities AND the wonderful things that differences can bring into our lives.

That is what this book did for me and I hope that others enjoy it and get something out of it as I did ...

I've requested this from my library. They have lots of copies, but they're either checked out, on the hold shelf, or in transit for hold, LOL! So, must be a goodie. Hopping over to goodreads to add you to my friends. Hope that's OK?