Day 66: The jump rope that Grandma & Grandpa gave her for her birthday was a big hit! We spent awhile helping her figure out how to do it but she had a blast (I have a cool video of that which I'll try to post later). 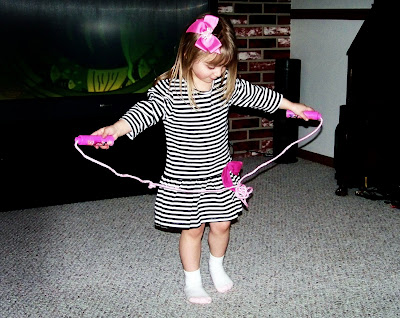 Day 67: BOWLING! We took the twins bowling at the alley up the street for their birthday. It was their first time bowling and they had a mixed reaction. They were very excited but I think they were a bit overwhelmed by the whole thing. Alex spent most of his time eating popcorn and Meighan was either whining or excited. 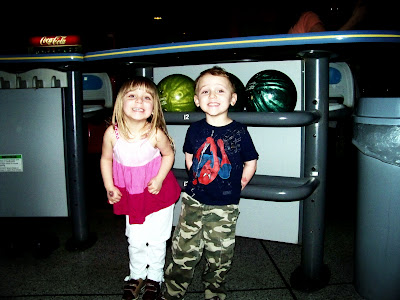 Day 68: I spent most of the evening at the dining room table with Meighan, watching her play with PlayDoh. She loves it. And would play it 24/7 if we let her LOL 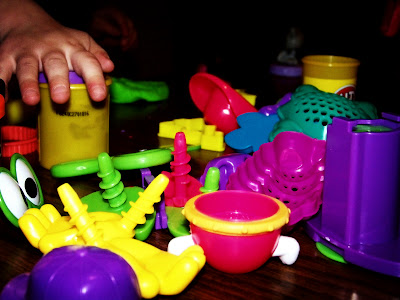 Day 69: Our beautiful girl ... she loves to dance. All the time. Especially if she has on a dress that she can twirl in! 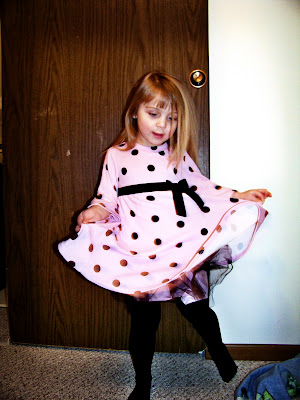 Day 70: The infamous IronMan toys that Alex got for his birthday and has carried around constantly for days. He loves them and refuses to sleep without them! 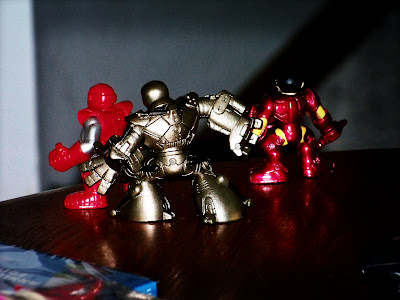