Can you believe it - a post for two days in a row!?! I'm trying! Alex is still sick. Poor little guy still had a fever so Paul stayed home from work with him while Meighan went to Christina's. Alex slept on Paul's chest for the entire morning which definately means he was sick! I've made an appointment with the pediatrician for tomorrow so if his fever isn't gone, off to the doctor we'll go! Meighan is hanging in there - no signs of illness yet. But, I'm just waiting - it's rare that she doesn't get what he has. I'll keep you posted on how he's doing!

Well, I promised pictures so here are pictures ... These go back over a week since I haven't been that great about posting pictures. First, we'll start with last weekend when Sami was here. 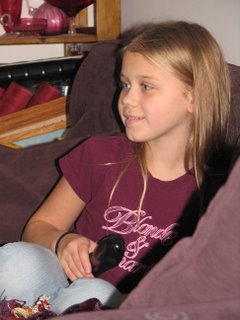 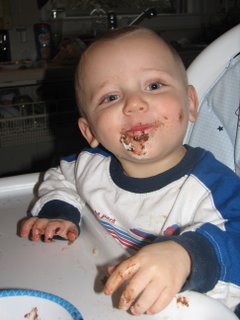 Alex enjoying his piece of cake and ice cream in celebration of Sami's 11th Birthday! 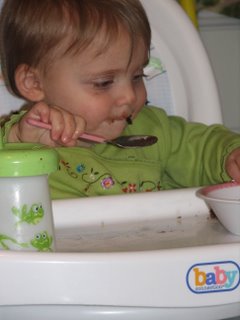 And Meighan doing the same! 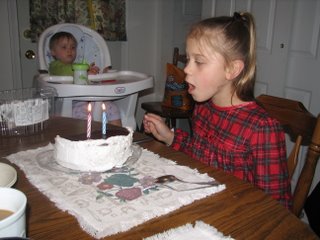 Sami blowing out the candles on the little cake she picked out! 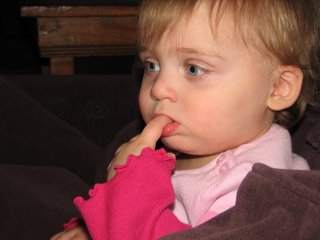 Meighan's started biting her nails - YIKES - is this one of those examples of children picking up the bad habits of their parents. I hope its a phase!!!! 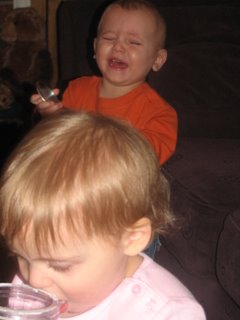 Meighan's new thing is to scream "MINE" as she grabs anything that Alex has that she wants. It happens constantly. She then runs away with his stuff. His usual reaction? To scream at the top of his lungs. Occasionally, he smacks her but usually he just screams. Sibling rivalry already?? 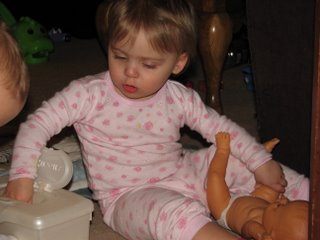 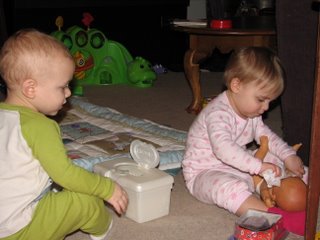 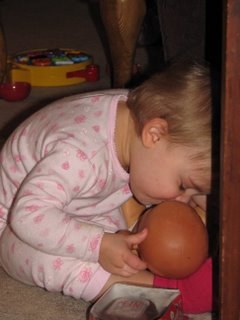 Meighan is beginning to show interest in baby dolls. She will rock the baby, kiss the baby, feed the baby, diaper the baby. She likes using wipes to clean her face. Very cute! 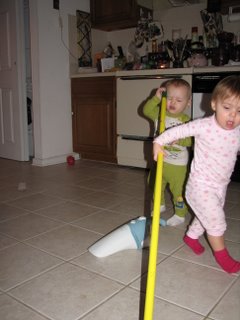 Here Meighan is sweeping and accidentally whacked her poor brother in the head. They both love to sweep but sometimes this is the result! 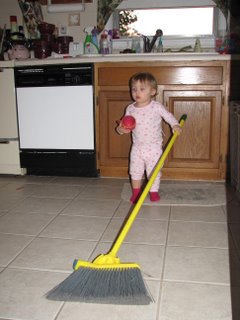 More sweeping (while playing 'Cups' in this particular picture) 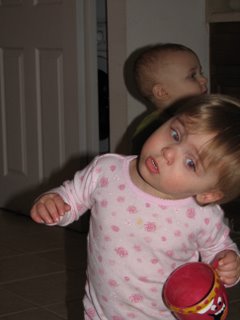 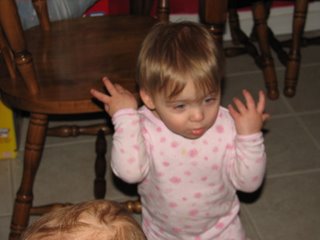 She's a silly, silly girl full of hilarious faces and gestures! Man, she cracks us up all day! The newest is shrugging her shoulders, saying 'do know' with her hands up. This is her version of I don't know. So cute! 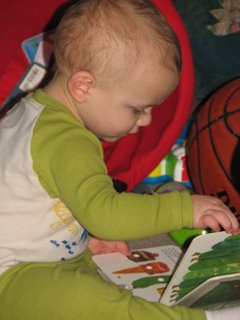 Alex has become quite the little reader - we have a basket of books which he spends so much time digging through before spreading out on the floor and paging throught the book as he mumbles to himself. I LOVE to see him enjoy books! 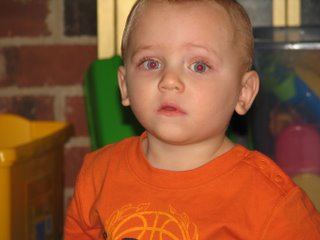 And here's another picture of my little man - let's hope that he feels better soon!
Posted by Amy at 9:06 PM