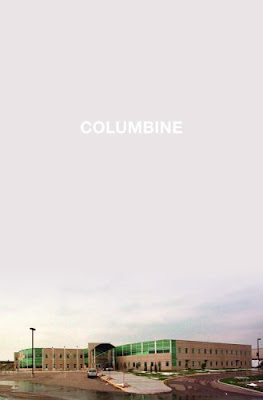 Ten years in the making and a masterpiece of reportage, "Columbine" is an award-winning journalist's definitive account of one of the most shocking massacres in American history. It is driven by two questions: what drove these killers, and what did they do to this town?

I should start by saying that I tend to dislike non-fiction. It rarely keeps my attention/interest for very long. This book is an exception to my general dislike of non-fiction. Dave Cullen's book is intriguing, fascinating, revolting and tragic. I could not put it down. I was horrified and amazed at how little truth there was in much of what I saw on the news and read in the media about the events at Columbine over the last 10 years.

Dave Cullen has provided his readers with a thorough, well-researched account of the events of Columbine in April of 1999. The pictures he painted with his words were incredible. At times, I felt as if I was there as a bystander watching it all unfold. I came to feel as if I knew all of these people - the victims, the survivors, the investigators, and the killers.

I have a tendency to try to stay out of the 'weeds' on situations like this because I find the fact that they occurred so difficult to stomach. I get the basics of the 'news' and then let it go. It's how I cope, I suspect. However, the Columbine case has always been fascinating to me. This book is THE book to read about the Columbine situation, in my humble opinion. It takes you in and gives you the facts and circumstances around a situation that defies understanding for many of us.

I feel like I finally have some sense of what might have led to the events of that day (or as much understanding as most of us are likely to ever have) ... how these two boys came to a place where they would do such evil things. I think many saw them as a pair of angry loners who were bullied at school and who killed out of revenge for that. However, Dave Cullen shows us the truth ... a truth that isn't so cut and dry. The psychological aspects of the book and how Dave Cullen puts Dylan and Eric into perspective by helping the reader understand their psychological motivations are fascinating. It is a compelling story and really gave me a better sense of how it all came together so gruesomely.

What strikes me now that I've finished the book is how little I really knew about Columbine. Most of the information that I've read/seen/heard is WRONG. These boys weren't bullied. They were smart, had friends, dated, had good families who cared about them. They weren't part of the Trench Coat Mafia we all heard so much about. They weren't Goths. There were no lists of people they wanted to 'take down.' What I think impressed me most about the book was its refocusing on Dylan and Eric. Who they were. What led them to that day in 1999.

This book ultimately leaves you feeling so many different emotions - amazement, sorrow, sadness, empathy, anger. I would put the book down occasionally and find it difficult to 'let go' of the story. It would follow me. Not an easy read at all. But, ultimately, a rewarding one.

The author takes these tragic and horrible events and creates a gripping story that I didn't want to put down. There's a sadness in every aspect of the book because of what these two boys did, but there's also a tremendous sense of hope as the author tells the stories of the survivors and how they have coped with the tragic events that changed them all in so many ways.

I definitely recommend it and think it should be considered THE definitive Columbine book!

On Nov. 21, 2008, the Harris and Klebold parents were sent the same letter requesting cooperation. "Your stories have yet to be fully told, and I view your help as an issue of historical significance," it said. "In 10 years, there have been no major, mainstream books on Columbine. This will be the first, and it may be the only one." The letter came not from Mr. Cullen but from Jeff Kass, whose Columbine: A True Crime Story, published by the small Ghost Road Press, preceded Columbine by a couple of weeks.

"Mr. Kass, whose tough account is made even sadder by the demise of The Rocky Mountain News in which his Columbine coverage appeared, has also delivered an intensive Columbine overview. Some of the issues he raises and information he digs up go unnoticed by Mr. Cullen." --Janet Maslin, New York Times

"A decade after the most dramatic school massacre in American history, Jeff Kass applies his considerable reporting talents to exploring the mystery of how two teens could have planned and carried out such gruesome acts without their own family and best friends knowing about it. Actually, there were important clues, but they were missed or downgraded both by those who knew the boys best and by public officials who came in contact with them. An engrossing and cautionary tale for everyone who cares about how to prevent kids from going bad." -----Ted Gest, President, Criminal Justice Journalists

Hi Amy. Thanks for that really nice review of my book.

I appreciate such a conscientious read--and the help spreading the word.