38:365 - My boots, which I wear obsessively. To work, on the weekend. Everywhere. LOVE black boots with a heel. My mom bought me a new pair for Christmas which I love too! My winter wardrobe always starts with black boots! 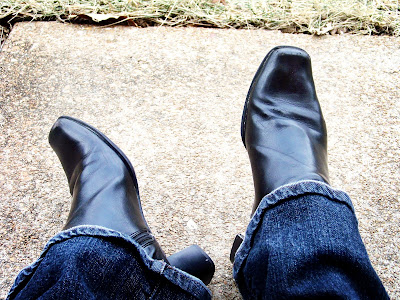 39:365 - Yes, that is a big ole bump on Meighan's head. This is the night that she fell off the sofa, hit her head on the wood floor in the playroom and scared her mommy and daddy half to death. She hit it HARD. She cried and screamed like nothing I've ever heard. Paul immediately wanted to run to the ER. This is about an hour after her fall and she'd had ice on it for most of the hour between the fall and this photo. So, it looks better here than it did at the moments after impact. Scary! The doctor said she was ok and no need to go to the ER but we watched her closely for signs of a concussion. Luckily, she was fine. Just bruised a bit. After the bump on her forehead began to heal, she got some black eyes from the impact but nothing major. Poor girl. After the fall, I knew she was okay when she immediately asked for some Cheez-Its and told me all the colors of the rainbow. Apparently, she has a hard head! Oh, and she loves these silly Hello Kitty watches that she got in happy meals and was showing it off for me! 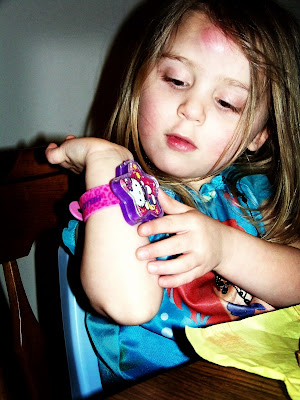 40:365 - Most of you know that Paul is a big gamer. He loves the challenge of video games and his current favorite game is Eve Online which is multi player online game. This is a quick screenshot of this game that he loves and spends a lot of his free time playing! (NOTE: I don't really understand the game or anything - I'm just glad Paul has found something he enjoys!) 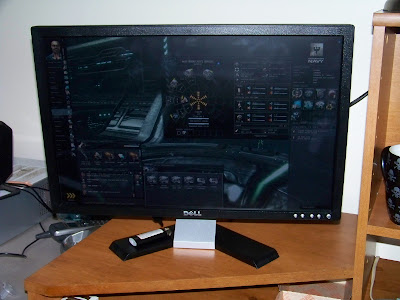 41:365 - Meighan is obsessed with drawing these days. And she's actually quite the little artist. She's also very interested in the letters of the alphabet & numbers and is trying to learn how to write them herself. So, we've been spending quite a bit of time drawing, writing and practicing! Here is a pile of our results ... 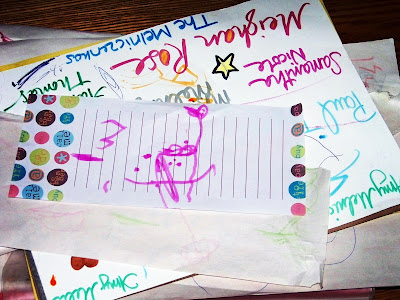 42:365 - I'd just finished cleaning the playroom which I feel like I do constantly and wanted to take a photo of the finished product. I need to do a big cleanup and get rid of some of their stuff. They have too much and can't possibly play with it all. We need to get ORGANIZED about it! 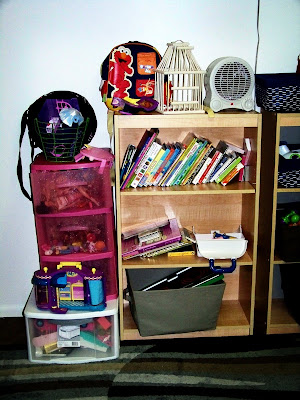